Budapest: The Good, the Bad and the Ugly 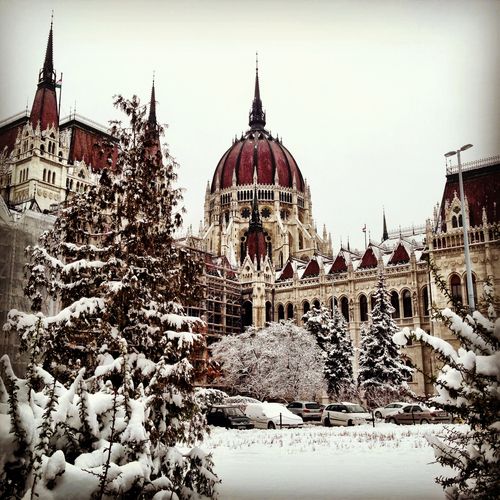 The hubby and I decided to add Budapest, Hungary to one of the legs of our recent European Vacation, so, in our usual style, we purchased the train tickets while already in Europe, and headed off on another adventure.

I hate to admit that I did not know much about the history of Budapest, or Hungary in general, but I didn’t. I am, however, always anxious to learn, and will jump on the first train to anywhere that allows me to see more of the world.

My lack of education did not prepare me for what I was about to see. We had pretty much been to most of the European countries by this point, and while everything was extremely different than I was accustomed to seeing in the United States, a lot of the countries themselves looked very similar to me. Architecture like I had never seen before. Old buildings and streets that I could not have even imagined, before my first European adventure.

Sure, the architecture differed a little between Italy, and the Czech Republic and Germany. Even bordering Austria had it’s own style, which is pretty amazing to me, since most of these countries are smaller than the US states. Most of the time, we would not have been able to tell much difference, had the train not stopped at each border for the appropriate country agents to come aboard and stamp our passports.

For the most part, everything had been clean. Old, but clean. Well taken care of, preserved as the history that it represents.

The Bad & The Ugly

In the last 30 miles or so heading into Budapest, I am guessing, because I do not know how fast the trains travel, but the last 30-45 minutes, there started to be massive amounts of trash beside the normally pristine train track areas. Huge piles of trash. Then clothes and sheets hanging in trees for a clothesline. A lot of them.  There were tents, whole villages it seemed of homeless people living in tents made out of whatever old sheet or quilt that they could find. It was not camping trips, it was life. A very, very poor life. Not too different from the Bedouin villages that we had seen in the Middle East.

These are not my photos, but do depict what I saw. If you are the photographer for any of these images, or know who is, please let me know so that I can publish the appropriate credit.

It was so cold outside that we were actually a little chilled inside our cabin on the train. My heart was breaking for them. I knew we were about to experience something very different than what we had experienced in our European adventures to date.

By the time we pulled into the Keleti Railway Station, I was a little uneasy.  (Well, a lot uneasy, actually.) I wondered what kind of area of the country that we were entering.

The Keleti was not different than most of the train stations that we had visited in elegance and sheer stature, but the feel was not one that I had previously experienced. I was having a bit of culture shock. The train station was filthy. Trash was everywhere. Homeless beggars filled the area, and I felt that I had entered a border town into a very destitute country.  It was so very cold in there, the breeze brought in with the trains was bone chilling.

As usual, when Arick does the planning (or lack thereof) we had no pre-selected hotel, and my uneasiness was turning into a queasy stomach, and there was so much cigarette smoke and fumes from the trains being inside the station, running engines and all, that I probably could not have walked 2 blocks.  (It did not help that I had a head cold by this time, and finding over-the-counter medications in a foreign country, whose language you do not understand, is not such an easy task. There is no telling what I was taking.)

Locating a Pharmacy for OTC Remedies

FYI, OTC medications are not sold at grocery stores, if you can find a grocery store, anyway. There are not convenience stores on every corner, and I have never seen a mass-market retailer in the areas of Europe that I have visited. I have allergies, and almost always have issues when traveling. Hopefully this little excerpt will help someone else who needs simple medical assistance in a foreign country. All we know is all we know, so to speak, but our way is not the way of other countries. Over-the-counter medications (OTC) are only available at pharmacies. Don’t expect to pick up a 2 pack of Tylenol Sinus in the hotel lobby. It doesn’t work that way. In the countries that we have visited, pharmacies are marked with a square white sign with a GREEN cross on it. Very similar to our Red Cross emblems. They are indicators, such as our blue signs with the giant H that indicate the direction of the nearest hospital.  There are no signs on the building that say “Ideal Drugs” or “Walgreens”, there is just a square white sign with the green cross. (Or just a green cross.)

The pharmacies, I am guessing, don’t receive a lot of tourist interaction. We have never been to one with English speaking pharmacists. They are usually very small Mom and Pop style establishments with only one or two people working there.  The hard part is asking for what you need, and even knowing if it is legal in their country. We generally pantomime, sort of play a game of charades with the pharmacist, doing our best to describe diarrhea, allergies, coughing, runny nose and the like. I am sure they must crack up laughing after we leave, but none have ever laughed at us during our attempts at communicating our issues. The remedies have always been inexpensive, and effective. So, if you are ever in need, look for the green cross, and start trying to figure out how to explain your symptoms without words. It works, I am living proof.

It did not take 2 blocks to locate an apartment-style hotel, thank goodness. I was scared, and I wanted off of these streets, as it was right at dark, and no one was speaking English. (My irrational fear of not being able to communicate in a foreign language had kicked in. Budapest was not a planned trip, my normal procedure was to learn at least the basics of the language of any country that we visited. Out of respect for their culture, and for my own sanity. I can say “where is your restroom, or water closet, depending on where we are, in quite a few languages. Another biggie for me is “what kind of meat is this”. Weird, I know. I wave it like a flag, no sense in trying to hide it.) If I had not been with Arick, I probably would have had a panic attack. I was honestly so uncomfortable, so out of my element, and slightly irritated at him for bringing me into whatever this was that we had just entered.

The Good was Great

Luckily, right across from the train station, we saw a sign that said Hotel. I am not a hotel snob, like the hubby seems to think, (I REALLY like the hotel to have a white duvet cover so that I can tell it is clean.) but I really did not care if whatever place we found had covers at all at this point. It could have a flowered polyester bedspread from the 1970’s, and I would be happy to spend the night there. (EEEKKKK! My nightmare!)

The Baross City Hotel was convenient, inexpensive, and cozy. I honestly don’t remember a lot, after checking into the room, I was pretty sick by then, but I know that I felt warm and safe, and sleepy. The room was small, (as are most European rooms, from our experience) but clean. The bed was two twins pushed together, also common in European hotels, but I remember it being so comfortable that I did not want to get up. In fact, I did not get up for 2 days. (Remember, I had no idea what cold medicine I was taking, lol.)

By the 3rd day, Arick had visited the entire city, actually Buda and Pest, in their traditional areas of town. He brought me back images of the Parliament Building, and it was spectacular. The architecture, our favorite part of walking through these old towns, varied from Baroque, Neo-Gothic, Moorish, and more. After the Parliament Building, other must see’s are the Great Synagogue, the Chain Bridge, the State Opera House, St. Stephen’s Basilica, the Royal Palace, the National Theater, and the Fisherman’s Bastion. I wish I could say that I saw them all while we were there. Arick did, while I slept.

Arick finally talked me into heading out into the snow and eating for the first time since we had been there, and I only made it one door down, which was a Pizza Hut. It was definitely a Pizza Hut, but the ambiance was different, and the food was different, but he was right, it was time for me to get out of the room. I felt a little stronger after the meal, and was able to shower and unpack, only to repack, as he had seen the town and it was time to move on!

The snow had eased up some as we watched Budapest and the Danube River disappear from our compartment window, and another city had been checked off of our (or at least his) must see list. 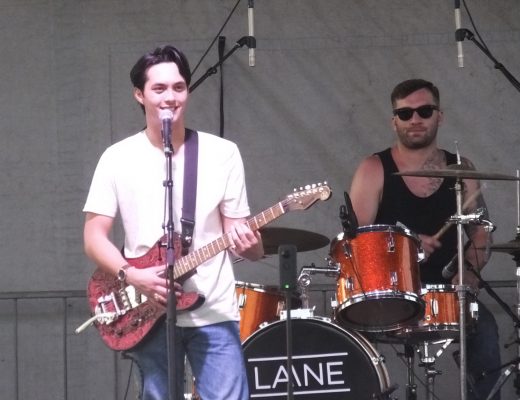 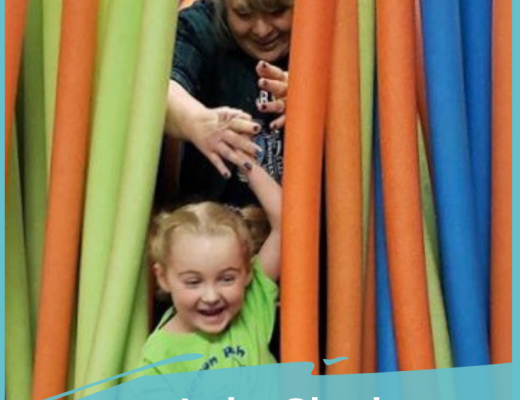